X-ray flares: C=0 M=0 X=0 | Optical flares: M1=0 M2=0 M3=0 | Sub-flares=0
SDO (Solar Dynamics Observatory) is a sun-pointing semi-autonomous spacecraft that allows nearly continuous observations of the Sun with a continuous science data downlink rate of 130 Mbps. The spacecraft is 4.5 meters high and over 2 meters on each side, weighing a total of 3100 kg (fuel included). SDO's inclined geosynchronous orbit was chosen to allow continuous observations of the Sun and enable its exceptionally high data rate through the use of a single dedicated ground station.

You can check the spacecraft's position and status here. 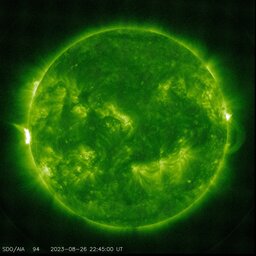 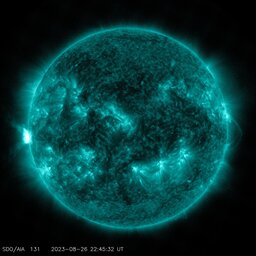 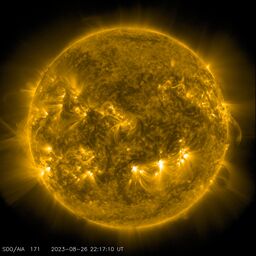 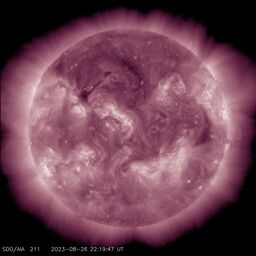 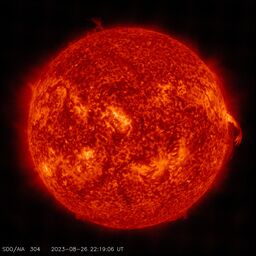 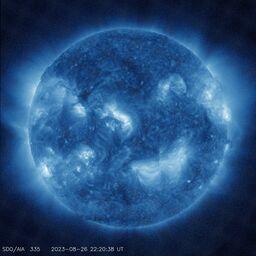 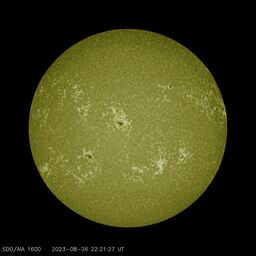 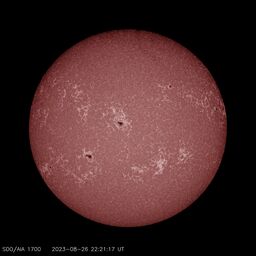 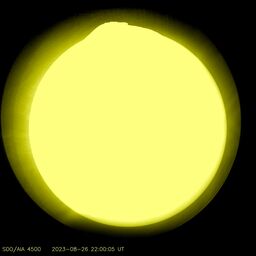 SAM soft X-ray (failed)
ANNOUNCE from LASP: We're sad to report that EVE MEGS-A / SAM data stream has ended on Monday May 26, 2014 due to a power anomaly for MEGS-A CCD electronics. With the SAM images being from MEGS-A CCD, both SAM solar X-ray images and MEGS-A spectra (6-37 nm) are not available now.

Flare map generated from imagery from AIA/SXI (SDO/GOES)
NOTE: this processed image acts as a replacement for the SAM X-ray data which is unavailable due to a technical failure 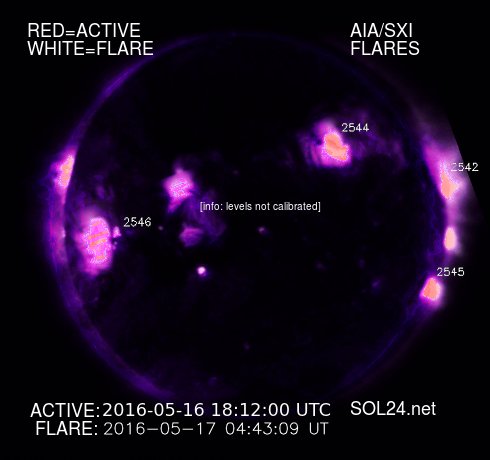 The Solar Aspect Monitor (SAM) is a pinhole camera that is sensitive to X-rays. This channel is a lower resolution image of the Sun in the wavelength range from 0.1-7nm. Because this is a large wavelength range, there are many different emissions from ions as well as continuum emissions within this band. This image clearly shows where active regions and flares occur. In the second image the large white square is the peak location, and the diamond is the centroid. 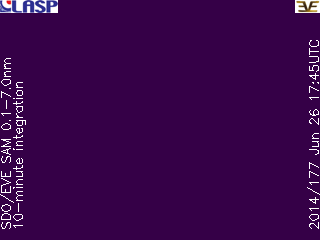 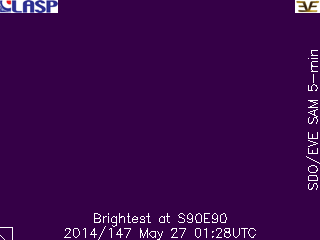 
The Helioseismic and Magnetic Imager (or HMI) studies the oscillations and the magnetic field at the solar surface. It observes the full solar disk at 6173 A with a resolution of 1 arcsecond. HMI is a successor to the Michelson Doppler Imager on the Solar and Heliospheric Observatory (SOHO).

The Michelson Doppler Imager or (MDI) images are taken in the continuum near the Ni I 6768 Angstrom line. The most prominent features in them are the sunspots. This is very much how the Sun looks like in the visible range of the spectrum. 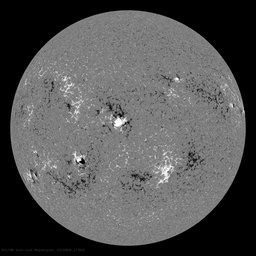 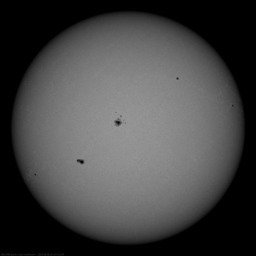 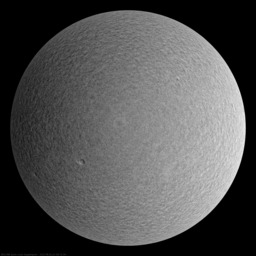